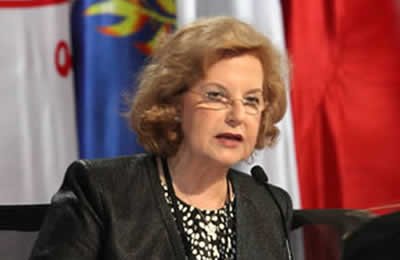 Once again we are gathered to commemorate March 8, Women’s Day. Today I prefer to substitute another expression: celebrate. The equal struggle of women with men in all fields, economic, scientific, social, cultural and political.

In reality the situation of women in western countries is not perfect, but it is better than the women status in Muslim countries. Those who are not informed about the history of Islamic civilization blame it on Islam. I will quote from a speech by President Boumediene in 1972 who responded that we must pay attention to the important difference between Islam and Muslims and said the problem is not in Islam but in those who introduce themselves as Muslims..

The Islamic fundamentalism we talk about today was born in Iran. In 1979 when Khomeini came to power, Islamic fundamentalism from then on became a turning point in the history of Islamic civilization. It is based on a wrong version of Islam. It’s a dark movement and its characterization is brutal suppression, unprecedented misogyny and expansion without boundries.
To strengthen the foundations of its power, fundamentalism is using the worst methods of repression against women: torture, murder, imprisonment, not to mention that the introduction of squalid settlement has absolutely nothing to do with the spirit of the Qur’an and the spirit of tolerance demonstrated by the Prophet throughout his preaching.
The hysterical misogyny can divert the people’s attention to a dire economic situation, people disappointed because of their expectations and their love for freedom. And true democracy. These fundamentalist infect Islam and the true message of the Quran.

In the third soureh of Qoran “Alomran” Verse 195 it is said, that women and men’s action are importantly equal to God. In Algeria women were able to push back fundamentalism because of their resistance and courage. Western media and others play a important role in revealing the brutalities women victimized face. But the brave women who resist must be presented in film, tv series and stories. Let us salute our Iranian sisters who suffer in Camp Liberty and hope they will be returned back to Ashraf.
Mr. Kobler has disgraced the UN with his conduct.

And also a thought to all our sisters who suffer in Muslim countries, who are all part of the anti-fundamentalist front, we wish you lots of success to Maryam Rajavi in her noble mission that serves the cause of all women and say to her that despite all the difficulties, she has won great victories.
I will finish with a few phrases of a poem by Arthur Rimbo: When the endless slavery of women brake, this is the time that she dependent on her self will live.