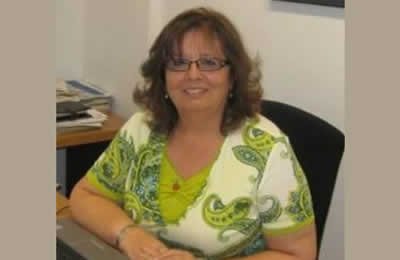 Caridad Garcia – Spokeswomen for the Spanish Parliament committee on Education

Dear President Rajavi, dear friends, thank you for inviting me to take part in this conference on behalf of my organization and thank you for giving me the opportunity to know better the experiences of the Iranian resistance in their fight for freedom, democracy and equality.

In Spain we suffered the experience of a fight against a dictatorship too and I totally agree with you, Madam President, that the fight for freedom will never lead us to victory without the active participation of women. I think that we all, men and women, believe that one of the ways we have to measure how democratic is your movement is the attitude which women have and the roles which they play within the movement.

The fact that more than the half of the National Council of Resistance of Iran are women shows which are the rights which, of course, all of us want in Iran. The freedom of women is the freedom of Iran, sure, Madam President.

I am absolutely convinced of that. The International Women’s Day, which was yesterday but we celebrate today, is good a opportunity to support the Iranian opposition; to support women. I think that all of us, men and women, must raise our voices to call upon the international community to recognize the National Council of Resistance of Iran as an alternative to the fundamentalist, fascist and bloodthirsty regime which is governing Iran now.

We need a democratic Iran; democracy is the way to reach women’s equality and, of course, as I said before to reach Iranian women’s equality. Like other speakers, I also would like to express my concern about the situation of the residents of Camp Liberty. Especially,  my concern about the women who live in it. What has happened until now against these brave women, who have suffered a lot during this brutal regime, is again a great injustice.

The crimes which have been committed against these people can not and must not be ignored by the United Nations, but neither by any democratic government of the world.

What has happened until now against these brave women, who have suffered a lot during this brutal regime, is again a great injustice.