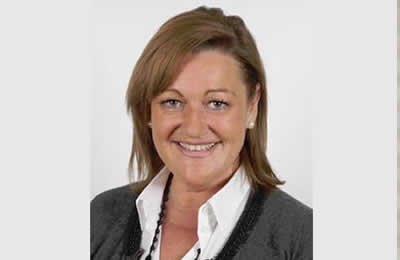 Mrs. Maryam Rajavi, President of the National Council of the Iranian national resistance, personalities, colleagues from the General Courts (Spanish Parliament), friends, Good afternoon everybody. It is the second time in this year that I have the opportunity to share with all of you and particularly with you, Mrs. Rajavi, a day when the words democracy, liberty and equality are the more repeated ones by the speakers and also the reason for this meeting.

The presence here today of twelve women who are part of the Spanish Parliament is a sign of respect, interest and sympathy for what you defend. At the same time, we show solidarity with your suffer and your fight to achieve the desired equality between women and men. The Ten Point Plan which Mrs. Rajavi presents is the basis for establishing the future of a democratic Iran, a rule of law where predominates the respect to people against any type of repression and forced imposition.

It deserves all of our admiration and respect to have known the Iranian resistance, especially if we take a good look at the role of women in this movement, who explicitly face up the misogyny, which they suffer, despite of the consequences which it bears. The role and participation of women is the key to the victory of the liberation movements in the Middle East.

The international community is beginning to recognize the Iranian resistance and has to take an active role in the support of a just cause and must listen to the demands of millions of women in Iran which are suffering, because they withstand every day the lack of the human rights, violence and discrimination of all kinds, which they are suffering. We can not ignore the tragedy which took place in Camp Liberty.

We would like particularly greet all those women form the Ashraf and Liberty in Iraq which have suffer and are still suffering now. Those who committed the brutal attack in Camp Liberty the 9th of February should be brought to justice and have to be judged. [Big applause] I would like to finish, reaffirming -once more- our sincere encouragement and support to all women who fight for a free and a democratic Iran.

Tomorrow (the future) is yours; it belongs to all of us. Let us fight for making a reality of it, because we, women, want, know and can exercise our right to contribute in a clear, direct and determined manner to change things through a way, which -although it is rough and full of obstacles- will lead us to a land, Iran and the rest of the world, which is more free and to a more just and human society.