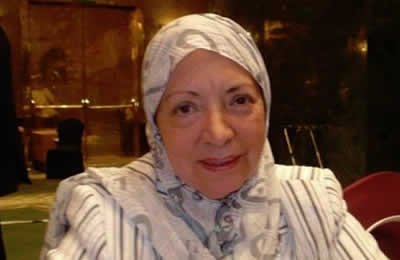 As the head of Women’s Association of European Muslims in Geneva, I will send this message to all the women’s organizations that stand by Maryam Rajavi’s views in solidarity with this struggle. I am delighted to see the PMOI when I come to the UN headquarters in Geneva, standing at all times In rain and snow chanting and calling on all those who enter the UN building to support this precious struggle.

The struggle which the PMOI is undertaking has a very strong message which states: “the best kind of struggle is to speak the truth when with the tyrant.” The mullahs ruling Iran are tyrants. Tyrants are those who do not give their people the rights they deserve and this is the struggle of the PMOI.”

Finally, I want to say that because of Mr. Martin Kobler’s inaction vis-à-vis his responsibility to defend refugees in Camp Liberty and instead of carrying out his responsibilities, he is biased. We will be urging for his replacement in the United Nations and will ask for an investigation regarding the evident violation against camp Liberty.