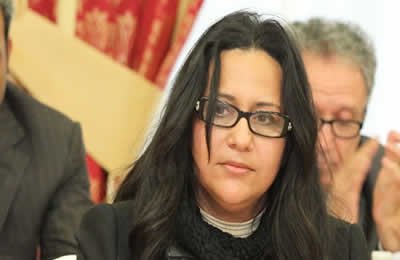 Obviously history repeats itself. Today Egypt led or passed through the same political path that Iran did some 30 years ago. Ancient  Egyptian civilization values represent the rules of which human heritage are extracted. One of the most important aspects of these  values is the importance of management of women’s work in society.

The Egyptian women also played significant role in the 21st revolution since its beginning and to date, sacrificing a lot and receiving verbal and physical abuses during demonstration equal to any  man to attain the basic principles of liberty, dignity, and social equality. Yet instead of being granted the minimum of her demand after the revolution she witnesses more discrimination than ever. The Egyptian woman cannot be neglected.

Statistically, there are around 5 million Egyptian women that are breadwinners, financially supporting families. To conclude, we have to keep on fighting against inequality and empower the women to acquire her economic and social and cultural rights.

Furthermore, she needs to be protected against violence in its all forms. Protecting woman is indeed protecting the overall society. Today, gender equality is more than a goal. It is the only way for development. Women represent half of the humanity. They deserve more than half a chance.