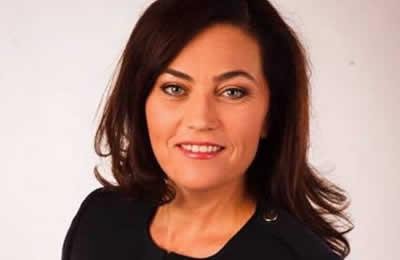 I thank the organizers for giving me the opportunity to be here today among so many active women from different countries of this great world. This is the first time that I have become acquainted with the Iranian Resistance but it would certainly not be the last time because in this very short time I was very impressed by the extensive presence of women playing key roles in this movement.

As a parliamentarian and member of our parliament’s health and family committee I can say that if Iranian women and particularly women members of the resistance movement are so actively participating in liberating their country then in the future they will undoubtedly be the one victoriously respond to the demands of Iranian citizens and families in ever field and this give the prospect to future of Iran.

If we speak for this moment you are still struggling to bring democracy to Iran. And if we, the women of other countries want to help you, we must help you in the struggle for freedom. I have been informed of the situation in camp Liberty and I know that the most urgent concern of yours is about the security of defenseless Iranian dissidents in that camp among them are 1000 women.

Please allow me to say that I strongly condemn, as my other colleagues did, the savage attack on camp Liberty which took place on the 9th of February. I call along with my colleagues for an independent inquiry in this attack and whom was responsible for it and I wonder why the UN envoy did not act to prevent and ensure the security of residents despite the fact that the residents have warned him on several occasions that they were facing real threat.

So, the most legitimate demand of us all is for the Liberty residents to be immediately taken to a safe place, but which safe place? You have all correctly said that the safe place is Ashraf. Anything  other than Ashraf is not serious and is not feasible.

Ashraf is the place where they have lived for 24 years. And I say to you all the Liberty residents must be returned to camp Ashraf. This is a legitimate demand and there is no reason why the UN should not transfer these men and women from dangerous camp Liberty to camp Ashraf.

The UN and UNHCR must only be bothered about the UN charter of universal declaration of human rights as it clearly says that the UN has an obligation to protect the Iranian refugees. So, I say all the brave Iranian women and particularly those in camp Liberty to keep up your struggle and we are all with you. Zendeh Baad Azadi (viva Freedom)