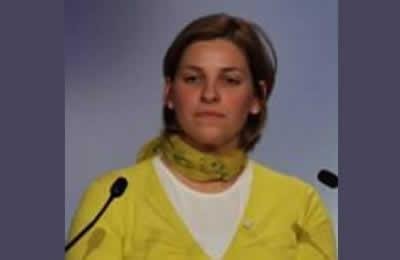 On the international women’s day, I want to begin with saluting all my brave sisters in Ashraf and Liberty who have been standing up against this brutal and misogynous rule of the mullahs. You have today thousands of women in all corners of the world who think of you and your fight for security and safety and get encouragement from your bravery.

During the years I have known your movement, I have learned that you actively implemented equality in practice. Women hold positions in all levels; most of your leadership is composed of women and we can see today that as the result of your leadership, Mrs. Rajavi, and all the women in this movement you have achieved the most unbelievable results in getting your movement and your noble cause known to the international community.

The NCRI which is Iranian Resistance parliament in exile is composed of more than 50% of women. This is a score higher than any other movement that I have ever seen. In fact there are very few parliaments even in the democratic world that have high rate of women presence. There is a lot of sympathy in the Belgian Senate and Parliament for your movement and we try to do what we can to help PMOI and the residents of Ashraf and Liberty.

The ten point plan of Mrs. Rajavi which calls for a secular state and women’s right deserves to be supported. I also think that our government in Europe should recognize the opposition and start a formal dialogue with them. I call on my own government to consider that.

I feel very sad about the plight of women in Iran. They are repressed and humiliated. They are suppressed by law on how they dress; for example, according to article 638 of the Islamic penal code, women who appear in public without proper dress code will be imprisoned between 10 days and 2 months and ordered to pay a fine as well; in many cases women also receive lashing. This is totally unacceptable.

Dear Mrs. Rajavi, dear sisters and friends, after the February 9th attack on camp Liberty, it is now clear that the promises of the UN envoy in Iraq who convinced everyone to move from Ashraf to Liberty for the sake of their own security and safety was a bluff. The people are ill-treated and there is no long term solution yet. Safety comes first. Men and women should be in a place where there is safety and security.

The ten point plan of Mrs. Rajavi which calls for a secular state and women’s right deserves to be supported.