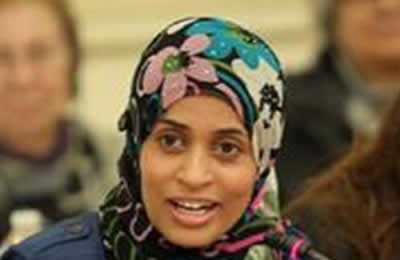 Madame Rajavi, allow me to express my gratitude to receive an invitation from you, a woman with such capability to lead its people to  freedom. The symbol that I wished in the world I found in you, Madame Maryam Rajavi.

The 2011 revolution and women in the past proved that Yemeni women were revolutionary and had a serious leading role and this was reflected in world media… the women  significantly led the protests and sacrificed their lives in the struggle. In this recent period, there was an unfair attack from the traditional forces against women. But I tell you with great assurance that despite unfair attacks in Yemen against women activists we continue our  work.