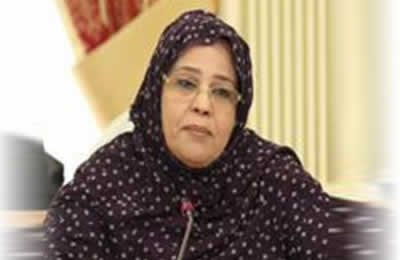 I am sure that a day will come that the women of PMOI and the Iranian opposition will celebrate the New Year in their liberated country, which eventually will dawn from the long dark night.

I would like to use this opportunity to pay respects to my sister, Madame President, Maryam Rajavi, a leader who shows everyone how to struggle hard with her capable leadership.

For more than a decade the Iranian regime has been carrying out a misinformation campaign against the Iranian opposition in Mauritania’s society despite out geographic location and Muslim society. I will take all the truth about the PMOI to my country that will bring any human to shame while the regime  has tried to hide with its propaganda against the opposition. I am proud to be the first Mauritanian woman to establish a political party; today 7 parties are lead by women in Mauritania.