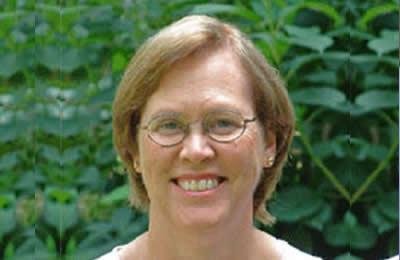 While the Rhode Island General Assembly was deciding to divest state money from companies that operate in Iran, I attended the main Iranian opposition group’s gathering in France.

On June 22, over 100,000 people, mostly Iranian exiles, rallied in Villepinte, north of Paris, in support of democracy and human rights in Iran and peace and security in the Middle East.

Iran is the world’s largest supporter of terrorism and has one of the worst human-rights records in the world. Iran is especially brutal to political opponents and women.

In addition, Iran is playing an increasingly influential and determining role in conflicts and destabilization throughout the Middle East. In Iraq, Iranian Revolutionary Guards Quds Force (Iran’s foreign militia) is responsible for acts of terror and has been identified working with Iraqi troops against protesters. Iraqi Prime Minister Nouri al-Maliki is now closely allied with Iran as sectarian conflicts become more violent and Iraq retreats from democracy.

In Syria, Iran is President Bashar al-Assad’s strongest supporter, supplying arms, financial aid and advisers against Syrian rebels. Iranian-backed Hezbollah in Lebanon is sending troops to Syria to back the Syrian government army. The Syrian civil war is becoming a regional war, and Iran is committed to preserving its ally and widening its political control over the Shia crescent across the Middle East.

As war, terrorism and turmoil throughout the Middle East show no sign of peaceful resolution, the need to halt Iran’s continued aggression grows. Sanctions and divestment help to contain Iran economically and pressure them to halt the development of nuclear weapons.

Some people, particularly defenders of Israel, believe the only way to stop Iran’s nuclear weapons program is military action to destroy its facilities. An alternative is the overthrow of the Iranian regime by a group that supports democracy. International political leaders are lining up behind this option and were present in large numbers at the recent rally near Paris.

The National Council of Resistance of Iran also has broad political support throughout Europe and other democracies, such as Canada and Australia. According to the NCRI, there were 600 political dignitaries and lawmakers from 47 countries at the rally.

I have known the members of the Iranian Resistance since 1996, when I attended their events in Paris and London. They have supported democracy, human rights and, in particular, women’s rights and equality, since the time of Shah Reza Pahlavi. These principles were opposed by the religious fundamentalists who seized power and imposed a religious dictatorship following the 1979 revolution. The Iranian Resistance has opposed the mullah’s regime ever since.

I support the General Assembly’s vote to divest from companies that do business with Iran. I urge Governor Chafee to sign the bill. Rhode Island can take a stand against the belligerent Iranian regime and its development of nuclear weapons.

Weakening the Iranian regime also makes political sense when there is a democratic alternative.

Donna M. Hughes is a professor in the Gender and Women’s Studies Program at the University of Rhode Island. 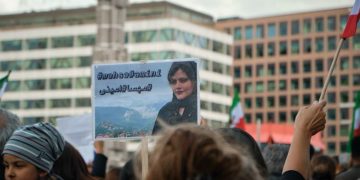 Following is the text of the statement issued by the UN News on September 27. OHCHR said it was very concerned about the continued violent response to the protests,... 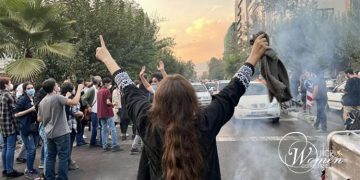 Following is the text of the statement by the UN Women on women's rights in Iran published on September 27, 2022. In recent days Iran has seen deep...