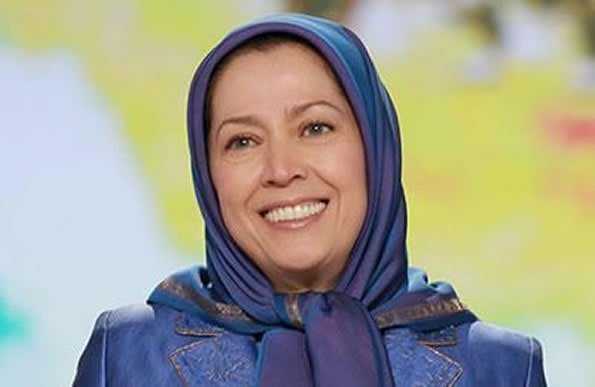 Iran Has Had Its Nuclear Bomb for Forty Years

Iran Has Had Its Nuclear Bomb for Forty Years

During the past weeks, we have witnessed what has been considered as the completion of a very long negotiation process between the United States and Iran on its nuclear program.

The Lausanne declaration on the 2nd of April pretends to be the foundation on which a final agreement will be negotiated and due to be signed before the 1st of July. It entails a significant reduction on the Iranian nuclear program in exchange for the lifting of economic sanctions weighing over the country as soon as the International Atomic Energy Agency (IAEA) verifies the adoption of the agreed steps, with the possibility of restoring sanctions if there is not a satisfying compliance. Its goal could not differ from guaranteeing its “peaceful nature” and allowing Iran’s reinstatement as a key figure, due to its dimension and geographic, demographic and economic importance in the Middle East, in the international political scenario.

The Islamic Republic of Iran is the par excellence, Islamic fundamentalist regime. After the Shiite coup d’état in 1979, a theocratic state which fate is governed by the rules of Sharia, the Islamic law, was established. A state where its citizens can vote for their President and Parliament, but has its highest authority held by religious leaders, the Mullahs, who approve or disapprove candidates. It is the supreme leader, the ayatollah, who really holds the power of “head of state”; an absolute power over what is divine and what is profane.

Since then, there have always been wannabe followers of the Iranian model in the Islamic world. It is unnecessary to recall what happened in Afghanistan with the Taliban sect. Neither what the savage and territoriality Islamic State in Iraq and Syria advocates for. When (or while) Islamic fundamentalism is not able to grasp political power to organize the State according to its precepts, it embodies and develops the terrorist solution, sanctified by the jihadist mission of “spreading good and preventing evil”, holy war.

During this long period of darkness, the Iranian fundamentalist regime has tortured and executed more than a hundred and twenty thousand people, tens of thousands of them women. But this doesn’t belong to the past, to Khomeini’s turmoil times, don’t get me wrong: it happens now, in our days. Since the so called progressive and moderate Rouhani took office in 2013, and with most of the international community’s conspiratorial silence, more than a thousand Iranian prisoners have been hanged, dozens of them women. You might remember the case of Reyhaneh Jabbari, executed last October on the gallows after seven years in prison for defending herself from a high-ranking official who attempted to rape her. And the list continues growing by the dozens in 2015.

Nowadays in 2015, Iranian women are systematically denied their civil, individual and social rights. Laws are still in place making the hijab compulsory by means of humiliating, arresting and lashing women who do not wear it or wear it incorrectly, including recent tolerated acid attacks. They aren’t allowed to attend sports events in stadiums, or even sing. The effort to permanently exclude them from the social sphere reflects a political will of stunning them and simply turning them into procreation machines. Khamenei’s objective is to double population and reach 150 million inhabitants by 2050. To do so, not only family planning programs are being abolished and access to vital sexual and reproductive health services is being prevented. Measures oriented at promoting marriage at a young age are also being implemented, together with repeated maternity and very low divorce rates, as well as consented discrimination towards single women or women without children when it comes to applying for a job, hindering divorce and preventing police and judicial intervention in family conflicts, including those implying violence against women.

Yes. Do not be fooled. This is Iran, the epicenter of Islamic fundamentalism. A muscled and triumphant test site. Master and reference for oppression and involution through the enrichment of the essential uranium: misogyny.

Meanwhile, the double discourse of Iran’s president Rouhani, and supreme leader Khamenei, proves, to my understanding, their unlimited destructive ambitions towards freedom: the first considers it a “general agreement”, not an action plan, as western powers call it, and has distanced himself from interpretations (and public demands) of the preliminary agreement that link it to an automatic revocation of sanctions; the other, states not to be neither in favor or against it due to his lack of awareness on its details, and is not very optimistic… Without the signature and official approval by Khamenei, there is no valid nuclear defusal. They never get enough. Neither equanimity nor reliability can be expected from their commitments. That’s why determination is the only thing they comprehend. Specially now, when sanctions and the international blockade have frightened the regime, and it is fearful of unstoppable revolts.

Iran is more vulnerable than ever. As one of the countries with a highest inflation rate in the world, only third to its fellows Venezuela and Argentina, has as its only goal the lifting of sanctions to survive. However, the only path to guarantee peace and deactivate the nuclear threat is the fulfilment of the United Nations Security Council resolutions… which is not contemplated in the Lausanne agreement. To be indulgent and make concessions to one of the less reliable regimes in the world is only granting them time to strengthen themselves. The Islamic state of Iran has invested a lot of time and money to achieve nuclear weapons to guarantee its survival. To pretend there is an alternative to fundamentalism and the financing of terrorism within this regime is a dead end. As the exiled Iranian resistance leader, Maryam Rajavi, would say: it is starry-eyed to believe the pyromaniac will put the fire out. To give in to this regime on nuclear negotiations is against the interests of the subdued Iranian people and the whole region, and jeopardizes global peace building and security. The only alternative is a firm demand for the guaranteeing of democratic freedom, respect for human rights and a rigorous control on denuclearization.

Fundamentalism is not only the enemy of Muslim women, but of all women and therefore, of all humanity. It is a global and comprehensive threat to peace and security, open and unconcealed, growing on oppression, terror and fear. The universal history of women’s struggles for freedom and equality is fundamentalism’s greatest enemy: that is why, with no doubt and full intention, women are the first victims of its destruction and its main target.

Doesn’t this seem like a complex and effective enough nuclear bomb? Isn’t misogyny the enriched uranium of this unappeasable destructive determination?