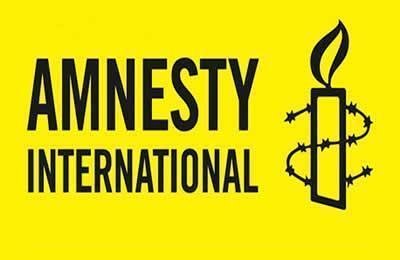 Two Iranian women both jailed for more than a decade in Iran for anti-government views must be released immediately, Amnesty International has demanded.

Cartoonist Atena Farghadani has been sentenced to more than 12 years in prison, and Atena Daemi to more than a decade in prison, both on charges of ‘peaceful activism’ that are in breach of their rights to free expression and association, the human rights body said.

Hassiba Hadj Sahraoui, Amnesty International’s Deputy Director for the Middle East and North Africa, added: “Atena Farghadani has effectively been punished for her cartoons with a sentence that is itself a gross caricature of justice. No one should be in jail for their art or peaceful activism.

“Such harsh and unjust sentences seem to be part of a disturbing trend in Iran, where the cost of voicing peaceful dissent is escalating, with punishments even worse than those issued in the post-2009 election crackdown.”

She held an exhibition in memory of those killed in the crackdown that followed the 2009, while one of her cartoons depicted legislators as monkeys, cows and other animals

Under the laws of the Iranian regime, the maximum statutory punishment that Atena Farghadani could face under these charges is eight years and six months. However, a provision in Iran’s new Penal Code allows for the imposition of sentences exceeding the statutory maximum when there are more than three crimes, Amnesty said.

Anti-death penalty and civil society activist Ms Daemi was sentenced to 14 years in prison last month, including seven years for ‘gathering and colluding against national security’ and ‘spreading propaganda against the system’. She was also sentenced for ‘concealing evidence’ and for ‘insulting the founder of the Islamic Republic of Iran and the Supreme Leader’.

Amnesty said: “The charge of ‘insulting the Supreme Leader and founder’ of the Islamic Republic of Iran appears to relate to Facebook posts where Atena Daemi made a pun on a famous statement by Ayatollah Khomeini in order to condemn Iran’s disgraceful execution record over the past three decades, and another where she said his successor, Ayatollah Khamenei, was widely regarded by Iranians as a dictator.

“The charge of ‘concealing evidence’ appears to relate to her failure to provide her interrogator with details of an activist friend’s Facebook and email accounts.

“The sheer absurdity of these convictions and long prison sentences reflect the extreme lengths that Iran’s judiciary is going to in order to squeeze the life out of freedom of expression and association.

“The Iranian authorities must immediately and unconditionally release Atena Farghadani and Atena Daemi and ensure their convictions and sentences are quashed.”