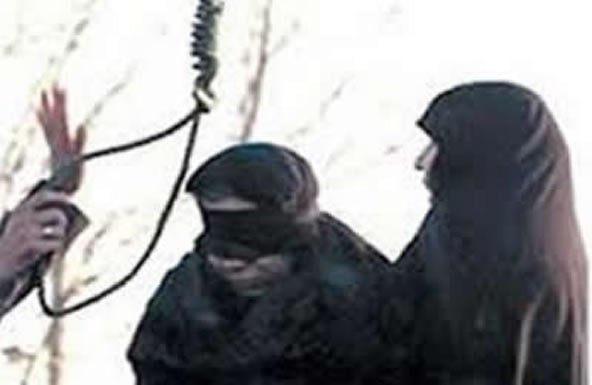 According to the National Council of Resistance of Iran, two women were executed in Iran today at the infamous Qerchak Prison in Varamin. Executions in Iran appear to be on the upswing with 63 other people having been executed in recent days.

NCRI President-elect Maryam Rajavi argues “the unprecedented escalation of arbitrary, mass executions across Iran, as an indication of the ruling regime’s despair in the face of irremediable social and political crises, also its fear of broad-based social discontent,” adding, “The leaders of Iran’s ruling religious fascism are trying in vain to prevent escalation of popular protests and eruption of public rage by resorting to ever more brutal repression to prevent the regime’s downfall.”

Qercheck Prison has earned a moniker as “the end of the world” due to harsh conditions and the fact that many of the prisoners sent there are ultimately executed.

The prison is a former poultry farm that was converted in 2011 to house women prisoners. Conditions in the prison are said to rival those of a concentration camp, with prisoners suffering from poor hygienic standards, a lack of access to proper nutrition, and harsh treatment.

One of the executed, Fatemeh Mehrabani, 39, had been held in Iranian prisons for approximately five years. She was transferred to solitary confinement on May 30th to await her execution.

Iran trails only China in regards to the number of people executed per year. Amnesty International reports that Iran executed at least 289 people in 2014.

Most developed countries have outlawed the death penalty, with only the United States, Japan, and a few others still allowing for the use of capital punishment. Among those fully-developed countries that do allow for executions, the rate of those killed is much lower.

The United States, for example, executed 35 people in 2014, compared to Iran’s 289+, even though the American population is five times as large as Iran’s.

A better and more impartial legal system is likely one of the chief reasons why the United States’ execution rate is so much lower. Iran ranks only 88th out of 102 in the World Justice Project’s “Rule of Law” index.

This year, the numbers may end up being higher. Besides the two women executed at Qerchak, at least 63 other people have been executed in recent days.

Detail statistics are not currently available, but in the past years drug related convictions have been the primary cause for execution. Iran shares a large eastern border with Afghanistan, the world’s number one producing of poppy, which can be refined into heroin.