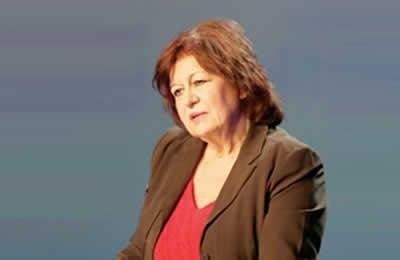 I’m very proud to be here. Whenever there is a fight to protect and defend women’s rights, I feel I need to be a part of it because I think as a jurist and as a woman, fighting for equal rights and opportunities represents the very basis of a woman’s dignity.

The situation of dissidents in Camp Liberty is very bad. They have been attacked on many occasions. There has been a cruel medical blockade imposed on them. Many have died waiting for medical care. This is a crime against humanity. The residents of Camp Liberty should have free access to medical care and doctors. They should not be deprived of fuel and basic necessities and based on international laws they should be respected and protected, as they have been promised.

I want to say I support you and your struggle for freedom. And I can say that in Portugal, my people, the women are always with you. Suffering with you but fighting with you, and I know one day you will succeed.