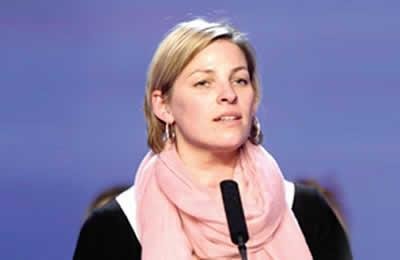 The difficult challenge of Islamic fundamentalism which is no longer a threat only to the Middle East but also a threat in Paris, Brussels and everywhere in the West threatens all our democratic liberal values in the western world but we should keep in mind that Iranian people were the first to suffer from Islamic fundamentalism and the Iranian resistance movement was the first to start the fight against this evil regime.

Mrs. Rajavi, you are the first to call for the formation of a united front against Islamic fundamentalism. As a Muslim woman you have become a leading voice telling the world that your religion supports absolute gender equality in every aspect… So, the best message we can take with us tonight is a strong message of solidarity especially with our sisters in Camp Liberty and a solid message of support for Madam Rajavi who is a great role model in fighting against Islamic fundamentalism.

I truly hope that my being here today can give you hope for the future and I’m sure we will win this battle and Iran, one day, will be free.