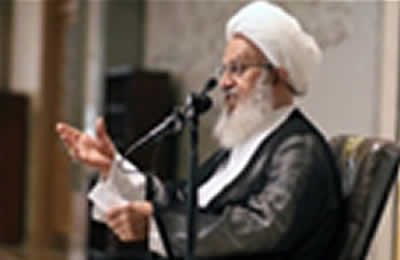 Iran – state mullah: Women should not go to sports stadiums

In Iran, the issue of women taking part in stadiums to attend sporting events has become a major topic of crackdown and imposing limitations against women. In the latest example a number of state mullahs expressed their stance on this topic.

“At a time when we need unity it is not necessary for women to go to sports stadiums. As a result there would be rifts between the people, the government and police forces. Women going to sports stadiums will be the beginning of divisions,” said Makarem Shirazi. (State-run Mehr news agency – June 13, 2015)

“Various people follow measures without taking into consideration the opinions of senior religious figures, and this is not in the interest of the society. Of course mixing between men and women in sports stadiums will create numerous problems. Any individual or official that provides such grounds will be responsible for the consequences,” Mahmoudi Golpaygani said while criticizing various efforts to allow women in sports stadiums. (State-run Mehr news agency – June 11, 2015)