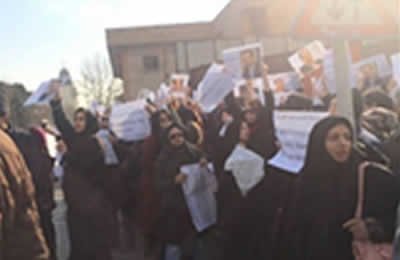 The sentences issued against a number of theosophy women have been approved. These sentences were confirmed in branch 54 of the appeals court against Erfan Halghe activists.

A number of these individuals were faced with charges such as insulting the sanctities, while others were prosecuted for taking part in rallies aimed at supporting Mohammad Ali Taheri, the founder of the Erfarn Halghe community. These individuals faced charges of disrupting public order,

The names of these women and their sentences are as follows:

The sentences for the following have been confirmed as stated:
Leila Jama’at
Ma’soumeh Zia
Dr. Parvin Baharzadeh
Dr. Vida Pirzadeh

Women in Iran are becoming vocal in efforts to overcome misogyny