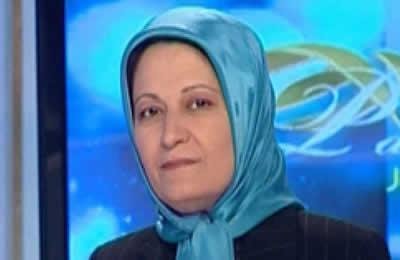 Women in Iran are becoming vocal in efforts to overcome misogyny

Iranian women are becoming more vocal and determined in their efforts to overcome “misogynist” laws in Iran under the mullahs’ rule, an official of the Iranian Resistance has said.

Mrs. Houri Seyyedi, discussed the situation of women’s rights in a live Question and Answer session on Friday broadcast on www.ncr-iran.org and women.ncr-iran.org (NCRI Women’s Committee), with international journalists and rights activists posing questions via Twitter.

“The suppression of women by the misogynist regime in Iran has in many instances become institutionalised”.

“Restrictions are imposed on women, even in their private lives and in the manner that they choose to dress. They are sidelined from work places and there is gender inequality in places of education including universities and government buildings. They are denied an active presence in educational, cultural and arts centres, and Iranian female singers are not allowed to perform.”

“There is constant harassment of women by the so-called anti-vice patrols, and arbitrary and unlawful arrests of women. There have even been cases of acid attacks on the faces of women on the bogus charge of mal-veiling. Even in their homes, women are denied basic rights, and face violence and harassment, and women are denied custody of their children in cases of divorce.”

Mrs. Seyyedi said that despite promises of moderation by Hassan Rouhani, the rate of executions in Iran has increased at a soaring rate since he became president.

“However, Iranian women are fighting against this regime and its misogynist laws and they are resisting in different forms. They have no hopes on any reforms from within the regime. They are determined to bring about change themselves. For example they are resisting against the restrictions and misogynist laws imposed on them in carrying out or even watching sports matches.”

Asked why the regime was preventing women to attend sports stadiums to watch matches, Mrs. said the regime was fearful that the scene could quickly transform into a political protest.

“Since misogyny is a key element of the fundamentalist regime, the women’s protests quickly become deeply political and attack the regime in its entirety.”