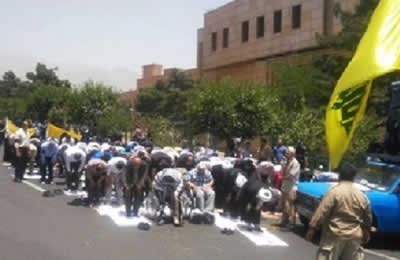 The state-run IRNA news agency reported this rally was held without any permission on Wednesday, June 17 outside the Ministry of Sports & Youth in Tehran.

The protesters chanted slogans such as, “Death to anti-supreme leader” and raised Hezbollah flags. They described those approving women’s presence in sports stadiums as “permitting vice” and demanded the prosecution of such perpetrators.

Water cut off in Qarchak Prison, un-fasting prisoners threatened to be dealt with