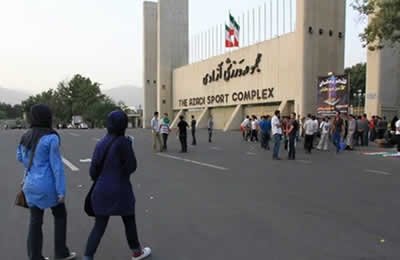 Reports indicate that on 22 June, coinciding with the second round of the volleyball competitions held in the 12,000-seat Azadi Stadium in Tehran, the regime’s repressive forces resorted to using checkpoints in order to prevent women from entering the arena.

Witnesses reported two vehicles carrying women that intended to pass through the area were confiscated by security forces and agents forced the women out of the vehicles.