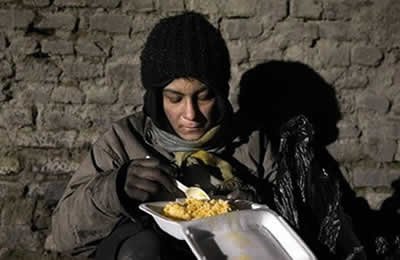 The director general of the Tehran municipality and welfare organization said, “More and more women are seen sleeping in the streets.”

Searching for security in dark alleys

Women are seen sleeping in the streets without any security, along with 17 and 18 year old girls who have either fled home or are in the streets because of addiction. They have spent many nights in such conditions.

Addiction to ‘glass’ & crack threatening the lives of homeless women

Drug addiction amongst homeless women sleeping in the streets has caused more and more damages. Addiction to glass, crack and heroine amongst women force them to any prostration, from selling their children to gathering trash on the streets. This has reached a point where greenhouses in Tehran no longer have any room for homeless addicted women. (State-run Tasnim news agency – June 24, 2015)