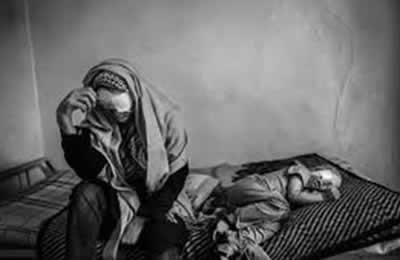 A mother and her 8-year old daughter were the target of an acid attack by a man who is said to be mentally retarded. This incident took place last Wednesday in the village of Baluran in Lorestan Province, (western Iran). The attacker acid attacked his nephew following a family dispute, and when his sister-in-law entered the scene to defend her daughter he also attacked her and splashed more acid.

The mother has suffered much more burns in comparison to her daughter. Initial evaluations show this 39-year old woman has burns on 40% of her body, mainly in her face, head, neck and back.

Salar Mordai, a member of the Social Commission in Iran’s so-called parliament admitted, “We are witnessing how individuals are disrupting pubic order and social security with acid attacks, and by paying blood money and using various vacuums, they are fleeing any and all punishment! Whereas the criminals in such cases must be punished much harsher than what the victims have suffered.”