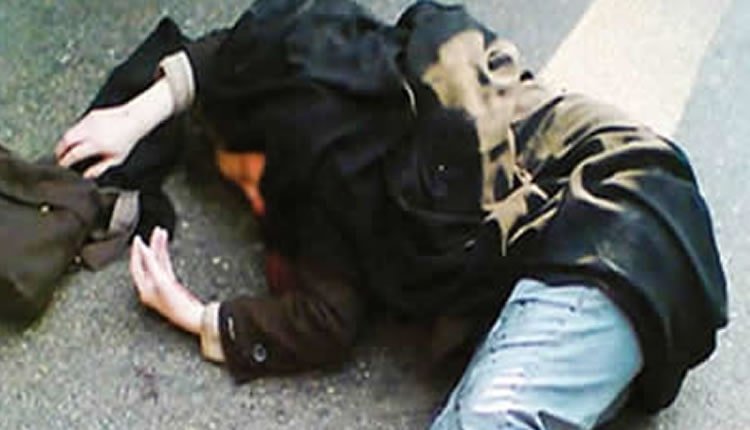 Statistics issued by World Health Organization (WHO) and other health agencies, show an increase in the number of youths committing suiside. Daily rise in the rate of suicide in recent years led WHO to call September 10 as the “World Suicide Prevention Day”. On this day, some countries consider some special ceremonies. (Website of Medecines sans frontiers, May 11, 2008)

But in Iran under the mullahs’ regime, it took many years for government authorities to stop denying social damages. Now, instead of denying, they do not announce the statistics on suicide. (Entekhab website, May 3, 2013)

According to the figures published by WHO, women are the main victims of this type of death in the world. Iran is the third country in the world, after China and India, where the number of successful suicides among women have increased. In recent years, suicide has seen more escalation among teenagers, youths and women. (Website of Medicine sans frontiers, May 11, 2008)

Although there are no accurate figures available on the suicide of men and women in Iran, but in 2012 one of the Iranian authorities said 3,640 Iranians had committed suicide and ended their lives arbitrarily. (Radio Zamaneh, October 28, 2013)

Mahmoud Khodadoost, head of the Research Center of the National Coroner’s Organization, declared that 409 cases of suicide attempts in Tehran Province, 271 cases in Kermanshah and 231 cases in Gilan resulted in deaths in 2012. The southern Khorassan Province with 18 cases, Kohgilouyeh and Boyer Ahmad with 24 cases, and northern Khorassan Province with 25 cases of suicide resulting in deaths rank next. Khodadoost said Iran is the third country in the world where women’s suicide is on the rise and the victims include even pregnant women. (Rouz online, September 19, 2013)

The statistics show that suicide has increased in recent years among a special group of youths, i.e. students. The phenomenon afflicts young students in dormitories where they are away from their families. The deputy minister of Education recently (June 2015) said that 283 secondary and high school students had committed suicide in Tehran over a span of one year.

The following are some examples of women’s suicides which appeared in the state-run media:

On May 7, 2015, a girl student set herself on fire in the parking lot of the University of Shiraz in protest to her own unemployment, poverty and living conditions. (Picture below, state-run newspapers, May 10, 2015)

On May 9, 2015, a 32-year-old woman from Tonekabon jumped from Janbazan Bridge into the river and committed suicide. (Picture below, Iran News website, May 9, 2015)

On December 2, 2014, Tahmineh Kokabnejad and her 16-year-old daughter, hanged themselves in Zibashahr, City of Khoi, and ended their lives. (NCRI Women’s Committee, December 4, 2014)

On October 15, 2013, an 18-year-old woman called Sahar Karimi from Kani Dinar, Marivan, set herself on fire. The reason was said to be forcible marriage and violence in the family. (Radio Zamaneh, October 28, 2013)

In October 11, 2013, Saria Mordai, 27, from Babariz village in Sanandaj committed suicide due to poverty and died. She had previously made several unsuccessful attempts. (Zamaneh Radio, October 28, 2013)

The question is what kind of situation in Iran is giving rise to escalation of suicide among women and youths?

To answer this question, let’s read together.

Emile Durkhiem, a famous French sociologist, wrote a book in 1897 about sociology of suicide. For the first time, he investigated the social grounds leading people to commit suicide.

Emile Durkhiem went beyond individual and psychological factors and looked at this problem from a social standpoint. Based on this famous research, in times of social crises when the social norms are distorted and changed, people are inclined to commit suicide and direct violence against themselves. (ILNA News agency, September 10, 2014)

In a socialogy investigation performed by the Azad University of Shiraz, the main cause for women’s suicide and self-emolation was found to be affected by a patriarchal system that considers women as inferior or second-class citizens. The research also points to cultural disintegration in a society and says that, “In a society which suffers from such abnormalities, people resort to ending their lives.”

But why is it that in our country, suicide and self-emolation have turned into a solution for women? Do they know of no other ways or are they trying to convey their voice to the public by such painful methods?

The research finds that effective factors in women’s suicide are forcible or early marriage, poverty, sexual abuse, and lack of awareness among women. No reference has been made in this research to the main factors arising from the rule of a misogynous regime.

Sociology Professor Zahra Hazrati said about women’s suicide: “Another reason for the occurrence of this phenomenon is the rapid pace of social changes where society faces retardation.” She asks whether our ideas have changed or we are still upholding the ideas of the previous century. She adds, “Iranian women’s suicide rate ranks first in the Middle East. The 2013 statistics show an 11% increase in suicides compared to 2012. (Salamat news site, May 27, 2015)

Another university professor and a member of the Iranian Sociologists Society said, “For many reasons, we are living under a patriarchal system, where even the suicide statistics are not published and the national media do not even mention anything about it. (Salamat News Site, May 27, 2015)

The World Health Organization indicates that one of the factors affecting suicide is the existence of double standards as a result of social industrialization. We have to see how much this is true for our country?”

Malakoti, head of the Association for Prevention of Suicide in Iran, said the following about the reasons for suicide: “The suicide rate in Iran is 6 per 100,000. But in western Iran, specifically in Ilam, Hamedan and Lorestan provinces and cities like Sarpol-e-zahab, this rate is even higher than in Europe. In some cases in Khorramabad, Koohdasht, Nahavand, Karaj and Savojbolagh, the suicide rate is between 11 and 15 per 100,000. In previous years, this rate was even 30 per 100,000 which is a very dangerous figure. (ILNA news agency, September 10, 2014)

A member of the Women’s Society of Marivan said in an interview that according to the field research done by this society that defends women’s rights, at least one woman commits suicide everyday, in one way or another in Marivan and its surrounding villages. According to a report by Kardpa site, 74 citizens committed suicide in the Kurdish parts of Iran in September 2013, 43 of whom were women.

She added: “Our association gets its news from citizens’ telephone calls and reports by hospital staff giving information about women attempting suicide because the ruling government in Iran prevents any official presentation of statistics of women’s suicide in these regions. These figures are always highly classified and we are told that we cannot have access to them because of security reasons.” (Rouz online, September 19, 2013)

A research done by the Medical University of Gilan shows that 60% of suicide attempts are committed by girls between 15 and 19 years of age. (ISNA news agency, June 2015) Doctor Mina Ershad, a psychologist, believes that as long as girls between 10 and 15 years old are married to over 50-year-old men or men who have two or three wives, because of cultural or economic poverty, the situation will not improve.

Also a research by Isfahan University professor Mohsen John-Ghorbani on women’s self-emolation in Ilam shows that the annual rate of suicide in this province is 430 caused by an unemployment rate of 26%, depression and severe poverty. Ilam’s population is 580,000.

The Organization of Programming and Planning confirmed that 2,486 women and 1,481 men committed suicide in 2003. The Health Ministry also reported 13 suicides per day with an average age of 29 years. (June 2015)

Shahin Mohammadi, a member of the Women’s Society in Marivan, says, “In my view, poverty, sexual discrimination, traditions, social and political problems are among the reasons causing and provoking suicide among Kurdish women. But the main causes are sexual discrimination and patriarchal laws.” (Radio Zamaneh, October 28, 2013)

Conclusion:
Misogyny is the most fundamental attribute of the ruling regime in Iran. The mullahs’ Constitution institutionalizes discrimination against women. Women are considered inferior, or second-hand, citizens and deprived of occupying political and judicial positions, including those of the president and the judges.

Sixty-seven percent of the students of higher education are young women and girls while they are deprived of registering in 77 fields of study or work in more than 70 professions.

Young Iranian girls are today sold in the markets of the Persian Gulf countries by contraband gangs. In 2014, alone, the number of girls getting married between 9 and 10 years of age reached 40,000 in just one province. Iran’s clerical regime legally sanctions marriage of step-fathers to the daughters in their custody.

Therefore, it is not surprising that suicide rate is high among Iranian women. What is amazing, is their endurance and resistance against the mullahs’ tyrannical rule. Iranian women do not look at just the dark side of the coin which is the medieval rule of the mullah regime and their misogynist laws, the acid attacks on women and the execution of innocent young women like Rayhaneh Jabbari for defending their honor and dignity. They also look at the bright side of the coin which is the wonderful resistance of Iran’s women embodied in examples like Farinaz and other courageous women who endure imprisonment and torture to defend the dignity of Iranian women and establish a free and democratic society.

Iranian women’s leading role in the movement opposing the religious fundamentalist regime and its misogynist laws is very inspiring for Iranian women and their hope for a bright future and a dynamic life in freedom.

Nasrin Sotudeh: not having lawyer of one's choice = unfair trial