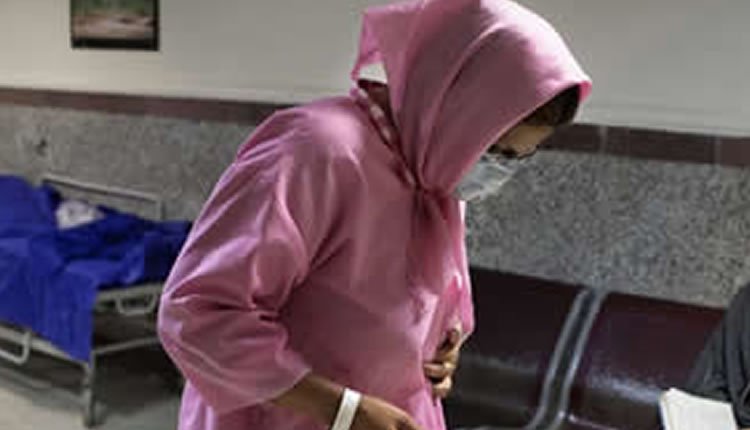 Young women and girls are among the multitudes of people who sell their kidneys in Iran to overcome poverty due to unemployment and fulfill their desperate need for money, the Iranian state-run media reported recently.

The announcements posted on billboards in cities all across the country contain only a blood group, a phone number and a few lines about the donor’s age and health condition. With each ad, however, a social catastrophe begins in a major capital.

On the other side of this bustling market are the large number of patients in need of kidney transplants, due to the spread of non-contagious diseases including diabetes, which damage kidneys and other body organs. People whose kidneys are damaged, do not always respond well to dialyses and are in need of receiving transplants.

The kidneys of people dying from natural deaths do not correspond with the rising number of requests for kidney transplants, especially that some patients do not want to tolerate the pain of dialyses and would rather have transplants.

According to official figures, 20% of the Iranian populace, or 15 million people, are suffering from some kind of kidney problem, 35,000 of whom have to undergo dialyses between two to three times a week. Some 25,000 people have so far registered to receive kidney transplants. (Salamat news website, June 4, 2014)

Based on a legislation ratified during Rafsanjani’s presidency, the Special Illnesses Foundation to Promote Citizens to Donate Their Organs grants one million tomans (approx. $3000) as a “reward for sacrifice” to anyone who donates a kidney. However, this type of kidney “sale” does not provide for the large number of patients waiting for kidney transplants.

Citing one of KPAS managers, the state-run Mehr News Agency reported, “Young women and girls have entered the unofficial kidney markets. They are among the most persistent suppliers of kidney due to various economic and financial problems.” (Deutsche Welle radio, July 9, 2011)

Hossein Biglari, director of the Association of Special Patients and Refractory Diseases in Kermanshah, also acknowledged, “Youths between 20 to 30 years of age including young women come to us to sell their kidneys.”

Amir Hossein Ghazizadeh, member of the parliamentary Health Commission, asserted, “Unfortunately, there is an affair of young women selling their kidneys in the country.” (Deutsche Welle Radio, July 9, 2011)

Dr. Ali Malek Hosseini, Head of the Middle East Organ Transplants Association and father of liver transplants in Iran, said, “The phenomenon of selling kidneys has damaged our prestige worldwide because it is forbidden to do so throughout the world.” (Asr-e Iran website, August 20, 2013)

On April 29, 2015, Jam News website wrote, “The sale and purchase of kidneys, livers, cornea, bone marrow and body organs, in general, has surpassed the boundaries of concern and turned into a disaster in today’s Iran. It is an official market which has had tremendous economic, social and cultural consequences for our society.”

The admissions director of the Kidney Patients Association said, “A 19-year-old girl whose father was an imprisoned addict came to us to donate her kidney. She said she wanted to sell her kidney to bail her father out of prison. She said, ‘Although he wouldn’t do anything for us, but, at least, we would have our father’s shadow over our head.’ ”

Every kidney donor has a bitter life story to tell you. The question is why should people be so poor and live in such destitution in a country with a mythical wealth of 10 percent of the world’s crude oil and 16% of the world’s natural gas? Why do they have to sell parts of their bodies and suffer so much pain?

The answer is that these social disasters are the other side of the coin of corruption in the mullahs’ Velayat-e-Faqih regime in Iran where officials and their affiliates plunder by the billions but the majority of the populace live below the poverty line.

Iranian women, however, have never given in to the mullahs’ subjugation. They have found the solution to these and all other problems in the country in rebelling against and toppling the regime. So long as there is not a free and democratic Iran, we will continue to witness sale of kidneys and sale of our countrywomen in the neighboring countries by government-backed gangs. [1]