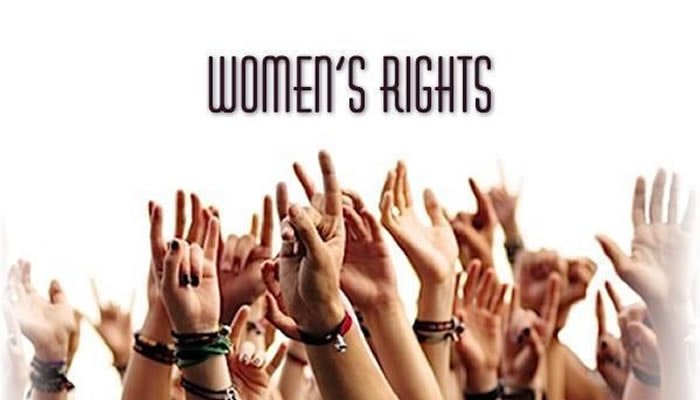 2. Equality before the law

3. Freedom of choosing one’s own clothing

5. Equality in the economic sphere

6. Equality in the family

[1]   “The term “discrimination against women” shall mean any distinction, exclusion or restriction made on the basis of sex which has the effect or purpose of impairing or nullifying the recognition, enjoyment or exercise by women, irrespective of their marital status, on a basis of equality of men and women, of human rights and fundamental freedoms in the political, economic, social, cultural, civil or any other field” (Convention on the Elimination of All Forms of Discrimination against Women, Part I, Article 1).

[3]   The clerical regime’s Civil Law has explicitly rejected the rights of women in these respects, stating among other things:

[6]   Paragraph 20 of Article 8 of the laws on “Examination of Administrative Offenses” (ratified in 1993) deems lack of compliance with forcible veiling on the part of women as an “offense in places of work,” which carries punishments such as written warnings or in some cases even dismissal from work.

[7]   Convention on the Elimination of All Forms of Discrimination against Women.

[8]   According to the clerical regime’s laws, women cannot be president or judges:

Article 115 of the Iranian regime’s constitution views the right to hold the office of presidency as limited to only “religious and political statesmen.”

The “Law on Conditions for Appointing Judiciary Judges” (ratified in April 1982), states, “Judges will be appointed from among men with the following qualifications: 1. Practical faith, justice, and commitment to Islamic principles and loyalty to the system of Islamic Republic of Iran…”

In 1985, amendments were made to the above law allowing women to hold advisory positions or become investigative magistrates in judicial bodies. But, they still cannot draft judgments.

[9]   Inheritance under the regime’s laws is based on the notion that the share belonging to a woman is half of what belongs to a man. This ratio appears in all of the mullahs’ civil laws regarding inheritance rights.

[10]   Women only account for 12 percent of the active labor force in Iran.

[11]   Amendment 1 of Article 120 of the regime’s Civil Law states, “The legal age for boys is 15 and for girls is 9 lunar years (8 years and 9 months).” Despite Article 1041 of the Civil Law, which has prohibited “marriage before puberty,” this amendment legalizes forcible marriage of girls younger than 9 years old.

[13]   The Declaration on the Elimination of Violence against Women (Article 2) states, “Violence against women shall be understood to encompass, but not be limited to, the following:

(a) Physical, sexual and psychological violence occurring in the family, including battering, sexual abuse of female children in the household, dowry-related violence, marital rape, female genital mutilation and other traditional practices harmful to women, non-spousal violence and violence related to exploitation;

(b) Physical, sexual and psychological violence occurring within the general community, including rape, sexual abuse, sexual harassment and intimidation at work, in educational institutions and elsewhere, trafficking in women and forced prostitution;

(c) Physical, sexual and psychological violence perpetrated or condoned by the State, wherever it occurs.”

[14]   Experts from the US State Department’s 2009 Trafficking in Persons Report (TIP): “Iran is a source, transit, and destination for men, women, and children trafficked for the purposes of sexual exploitation and involuntary servitude. Iranian women are trafficked internally for the purpose of forced prostitution and forced marriage. Iranian and Afghan children living in Iran are trafficked internally for the purpose of forced marriage, commercial sexual exploitation, and involuntary servitude as beggars or laborers to pay debts, provide income, or support drug addiction of their families. Iranian women and girls are also trafficked to Pakistan, Turkey, Qatar, Kuwait, the United Arab Emirates, Iraq, France, Germany, and the United Kingdom for commercial sexual exploitation. … The law permits temporary marriage for a fixed term (“sigheh”), after which the marriage is terminated. Some persons abuse this institution in order to coerce women into sexual exploitation; there are reports of Iranian women sold into fixed term marriages to men from Pakistan and Gulf states or into forced prostitution. It was extremely difficult for women forced into sexual exploitation to obtain justice: first, because the testimony of two women is equal to that of one man, and second, because women who are victims of sexual abuse are vulnerable to being executed for adultery, defined as sexual relations outside of marriage. … The government reportedly punishes victims for unlawful acts committed as a direct result of being trafficked, for example, adultery and prostitution. There were reports that the government arrested, prosecuted, and punished several trafficking victims on charges of prostitution or adultery” (pp. 161-162).

[15]   The National Council of Resistance of Iran’s Plan for Women’s Freedoms and Rights, ratified on April 17, 1987.

[16]   Articles 102 to 105 of the mullahs’ current penal code (Islamic Punishment Act) states the following about stoning:

“The size of the stone for stoning must not so big as to kill the person with one or two hits. It must also not be too small so that it cannot be called a stone” (Article 104).

“If a father or grandfather murders their own child, he will not be punished in kind [death penalty] and will be sentenced to provide financial compensation to heirs of the slain and maximum or minimum punishment allowed by law” (Article 220).

[19]   This expression is used for women who are the sole breadwinner for families that in some instances are comprised of older parents or several children. These women have either lost their husbands or have divorced, or are married but their husbands are on the run, addicted to drugs, in prison, unemployed, an immigrant or disabled. They usually earn a living from seasonal or low-paying jobs. Such families are among the poorest sectors of society in Iran. According to a 2006 census in Iran, the number of such households was 1,641,000 at the time. But, on December 22, 2009, a government official told the media that that number has now peaked at two million.