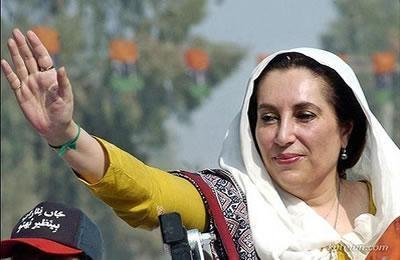 Benazir Bhutto was born on June 21, 1953, in Karachi in an educated family. She was the daughter of Zulfikar Ali Bhutto, Pakistan’s former prime minister. She studied at the universities of Karachi and Rawalpindi, and entered Harvard University in 1969.

In 1973, she went to Oxford University to study law and economics. Then, she decided to become politically active.

In 1982, at the age of 29, Benazir Bhutto became the leader of Pakistan’s People’s Party. She was the first Pakistani woman to lead a major political party. She became prime minister in 1988 and greatly endeavored to improve Pakistan’s economy, industry and national security. She served two terms as Prime Minister.

Bhutto was deported in 1996 because of opposition to Zia Alhagh’s government. She spent her exile years in England and Dubai. After eight years, Bhutto returned to Pakistan on 18 October 2007 and in the early hours of her arrival in Karachi, she was attacked by terrorists but escaped harm.

Benazir Bhutto ran again for prime minister and met great popular support and enthusiasm. However, before the final vote, she was assassinated in a terrorist suicide attack on December 27, 2007 in Rawalpindi, Punjab province.

The Pakistani government blamed the assassination on al-Qaeda, but the latter denied responsibility.

Benazir Bhutto was buried in Sindh province, next to the tombs of his father and two brothers in the village of Kerhi.