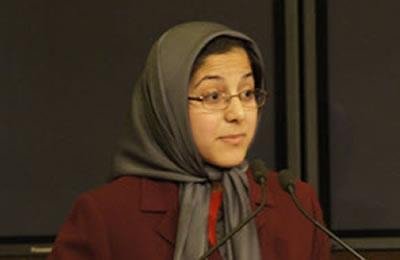 PMOI (Mujahedin-e Khalq, MEK), testified on Thursday before lawmakers at the Italian Senate about the appalling human rights situation in Iran during the tenure of the regime’s President Hassan Rouhani.

The following is the text of her remarks:

Distinguished Senators and members of Parliament,
Ladies and Gentlemen,

I want to thank the Committee of Italian Senators for a Free Iran for giving me the opportunity to speak here today.

I am Shaghayegh Azimi, 22 and a member of the People’s Mojahedin Organization of Iran (PMOI or MEK).

Let me start by talking about my parents who are in jail. They were arrested in Iran on 14 October. Their arrest was solely due to their support for the PMOI.

Both my parents are ex-political prisoners. My father is suffering from heart problems and has been persecuted both under the Shah and the mullahs’ dictatorship. My mother spent about 10 years in prison. She is suffering from MS caused by harsh tortures she endured while in prison from 1981 to 1986.

She was put in prison for the second time from 2009 till 2011 because of visiting me and my sister Niloofar in Camp Ashraf (Iraq), and again in 2012 and now once again. She is in a dangerous situation due to her health conditions.

I also want to tell you about my dear 23-year-old cousin, Nastaran Azimi, who I grew up with. She was a computer major in Tehran University and an artist. She was slain in the deadly attack by Iraqi forces at the behest of Iranian regime on Camp Ashraf on April 8th, 2011. Such attacks which started in Camp Ashraf were extended to Camp Liberty. My sisters and brothers still have to face missile attacks. The latest attack was on October 29 when more than 80 missiles hit the camp resulting in 24 deaths and many more injured simply because the Iraqi government, the UN and the US did not live up to their responsibilities towards the security of the camp residents.

While my family and others are suffering under torture in prison, and while Camp Liberty residents are under such dreadful attacks, some in the West talk about “moderation” of Rouhani.

It is painful to see European Ministers rushing to Iran to shake hands with those who are responsible for suppression of the Iranian people and remaining silent about these atrocities.

Today I am here to say what our suppressed people and political prisons like my parents have no opportunity to say.

So, to the Western states I say: Stop rolling out the red carpet for such criminals.

Finally, while I thank you for your support, my plea to you is to urge your government to publically condemn human rights violations in Iran while Rouhani is in Rome.

Let me finish with words from a song by Camp Liberty residents: “Like an eternal Thunderclap, this revolution marches on; wretched turbaned tyrant, the day of reckoning is coming.”

Memorial of Reyhaneh Jabbari on her first anniversary 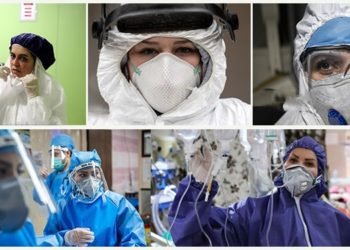