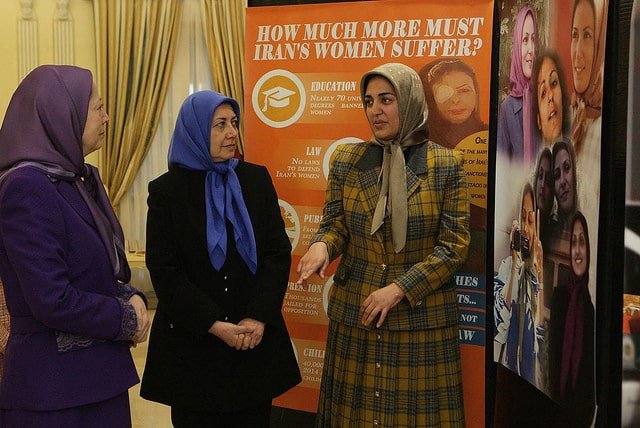 On the “International Day for the Elimination of Violence Against Women”, an exhibition on violence against Iranian women was on display at Auvers-sur-Oise, France, headquarters of the opposition National Council of Resistance of Iran (NCRI).

Members of the Iranian Resistance, themselves victims of the Iranian regime’s violence against women were also in attendance. They included Elham Zanjani, who was seriously wounded in the April 8, 2011 attack on Camp Ashraf; Niloofar and Shaghayegh Azimi whose imprisoned mother has been arrested and tortured multiple times by the regime; Zohreh Shafaii,

who lost all of her family except a younger brother in the bloody executions of the 1980s in Iran; Forough Golestan who was imprisoned and tortured while only 13 years old; Mrs. Nahid Hemmatabadi, a renowned opera singer who has lived in exile for the past 35 years due to suppression of artists in Iran.