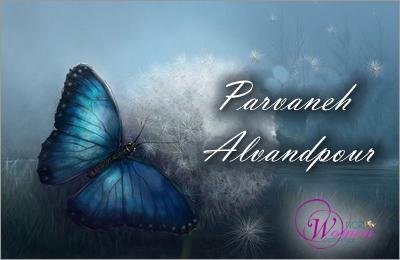 A brave teacher from Tehran

Parvaneh was originally from Fouman, but she was a teacher at a school in Tehran.  She was known for her bravery and courage amongst all her friends.

She was an active member of the opposition to the regime. Her house was raided by the Revolutionary Guards Corps (IRGC) in 1980, where she managed to escape by venturing out through the window of the second floor of her building.

The last time she was arrested, she was with her husband on the street. She was pushed into a car and while they were being taken away, she opened the car door and pushed her husband out.  He managed to escape; hence the Iranian regime’s agents and torturers had a particular vengeance towards her.

Despite all, Parvaneh never gave out any information in her interrogations.  She had been beaten to a point that there was not a single intact spot on her body.  Her feet were constantly bleeding and discharging infection due to all the strikes of cables she received.  They would stump on her feet with pointy shoes. One of her cellmates recalls her explaining, “They forced me to drink more than 10 cups of water each time I was under interrogation so that they could continue to torture me for a longer period.”  Parvaneh endured all the torture and pain with pride.

Once, when her torturer was fed-up, he stopped torturing her and said, “You are as strong as a rock.”  From then on Parvaneh became known as “Alvand Kooh (Mountain)”. (Kooh is mountain in Farsi; Alvand is the name of a mountain in Iran.) She used to repeatedly say, “We must strive and keep our spirits high so that the guards will fear us.”

One day she said, “My only wish is that they hang me in Rasht’s central square (Shahrdari Square).” I asked her why she wishes such a thing. She replied, “I would not like to be shot to death. I want to be able to pass through the crowd for one last time in my life and tell the people of Khomeini’s treasons and crimes against humanity.”

She was eventually transferred from Evin prison to Roodbar in Ghazvin and finally to Rasht where she was executed in May of 1983.

Unfortunately, there are no pictures available from this brave martyr.