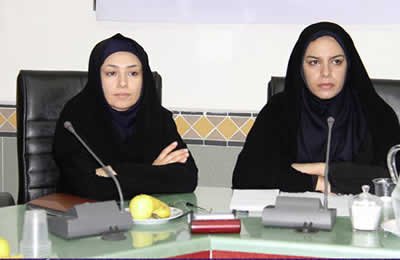 Iran: An Ill-fated Maneuver to Appoint Women as Governors in Iran

Iran: An Ill-fated Maneuver to Appoint Women as Governors in Iran

For the first time in at least the past few decades, it was announced that eight women were appointed as governors in the oil-rich southern-Iranian Khuzistan Province. The news was reported by the state-run ISNA news agency on December 8, 2015.

It did not take even a week for the Iranian authorities to kill this arrangement. On December 15, a local website in Ahwaz announced that “in the wake of opposition by Khuzistan’s ranking clergy as well as a number of cultural figureheads in the province”, the acting deputy Interior Minister had suspended the female governors’ appointments. According to the website, Hossein Ali Amiri said, “The Interior Ministry does not wish to upset the cultural and religious figures of Khuzistan.”

What else could be expected from a misogynous regime? When a government is inherently misogynous, such maneuverings can only work against it. Here are some examples why.

In a meeting with members of the parliamentary women’s faction on November 24, presidential deputy on Women and Family Affairs Shahindokht Molaverdi acknowledged women’s dire situation in Iran. Noting the latest World Economic Forum’s report on gender gap in 2015, Molaverdi said: “Iran ranks 141st among 145 countries and it stands only above Yemen, Syria, Pakistan and Chad.” This means the country’s rank has dropped another four levels since 2013, when it ranked 137th.

Discrimination against women in the Velayat-e Faqih regime can be clearly seen in any arena. It is a kind of concealed suppression that supplements the open repression of and naked crackdown on women by various forces who make numerous arrests every day.

Citing the government employment exams that discriminate against women, Molaverdi asserted: “There are only 16 job opportunities for women in this exam… From the total number of people who get employed only 16 job opportunities have been considered for women and more than 2000 have been allocated to men.” (State-run Sharq newspaper, July 13, 2015)

Women are also discriminated against in teaching. According to an article published in the state-run Arman newspaper, August 9, 2015, entitled, “women’s quota for teaching is one-fifth of men,” the Education Ministry published details of the Education Ministry employment exam’s outcome according to which women’s recruitment quota in the ministry is one-fifth of men. The Education Ministry’s employment exam was held on September 18, 2015, and out of a total of 3703 forces who were supposed to be accepted in the exam, 3073 were men and 630 were women, an obvious gender discrimination.

Another example is the case of women’s employment in the country. Although young women and girls have made up 60 per cent of university graduates in recent years, their employment rate is minuscule. The country’s statistics show that only three out of the 30 million female work force of over 10 years of age have employment and more than 27 million women are not in the Iranian job market.

In fact, the misogynous mullahs’ regime cannot change colors. Gender discrimination is inherent and essential to the regime. And that is why the mullahs are not able to tolerate the appointment of women as governors. Of course, no matter what they do, how much they humiliate and suppress women, they become more persistent in defying the regime.

Women are the force for change and they are the ones who lead the opposition movement and will ultimately topple the clerical regime, this godfather of ISIS.