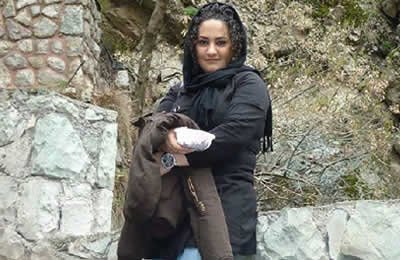 The mother of civil activist Atena Daemi, sentenced to 14 years behind bars, said nearly 8 months have passed since this ruling was issued for her daughter yet the appeals court hearings have not been held.

In response to their follow-ups, regime officials have been postponing the court hearing date one week at a time.

“Atena has suffered severe headaches and serious vision loss since she was detained in solitary confinement. Despite the fact that she was sent to a brain-nerve-eye specialist the reason behind her illness was not revealed. However, physicians have said stressful conditions in prison are very dangerous for Atena. Her lawyer and us have time and again requested her release on bail but every time they turn down our request,” said Masoume Ne’mati.

Atena Daemi is a civil and children’s rights activist arrested on October 21, 2014 by the Revolutionary Guards intelligence organization and transferred to Evin Prison.