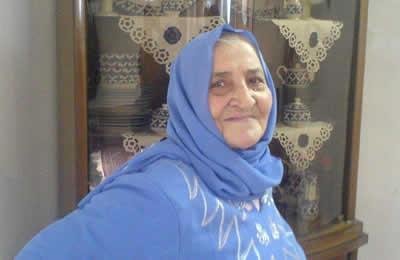 Mrs. Shahrbanoo Hagh Shenas passed away on Sunday, January 3, 2016, in a hospital in Rasht, after a long period of illness.

She was the mother of Hojjat Moghimi Shalmani, a member of the opposition Mojahedin who was executed in 1981 by the clerical regime. She was also a member of the Muslim Mothers Society in Langrood (northern Iran), supporters of the People’s Mojahedin of Iran.

After learning about her son’s death sentence in 1981, Mrs. Hagh Shenas went to prison and asked to see him for the last time, but officials prevented her from doing so. Then, she furiously said: “Even the shah’s SAVAK allowed Mother Rezaii to visit her son, Mehdi, before he was executed, but you are even more wretched and more criminal than the Shah’s secret police since you don’t allow me to see my son and kiss him in farewell.” For daring to say this, she received a heavy slap in the face injuring her ear so bad that she continued to suffer from its symptoms until the last day of her life.

Mrs. Hagh Shenas was a staunch opponent of the regime until the end.

Her son, Hojjat, was a young, brave freedom fighter who was executed shortly after being arrested. His cell-mates said he was shot in the back while badly injured and pushed down from the top of a mountain.