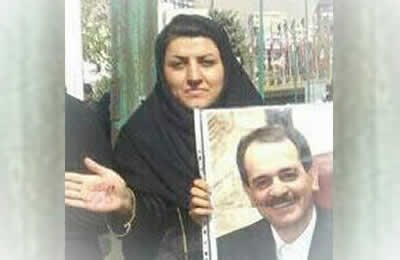 Ms. Azam Najafi suffered damages in the leg and foot while being arrested more than a month ago in a protest outside Evin Prison in Tehran.

Ms. Najafi was protesting imprisonment of her teacher, Mohammad Ali Taheri, in a rally outside Evin Prison on November 21, 2015, when she was beaten up and taken away by plain clothes agents.

Ms. Najafi was held in solitary confinement in Evin for a few days before being transferred to the notorious women’s jail, in Qarchak, Varamin. There, she went on hunger strike on December 7, a successful act which led to her ultimate freedom from prison.

After medical examination and MRI, it has turned out that the tendons in her leg have been badly hurt and her knee is in serious condition due to the beatings she received during and after arrest.