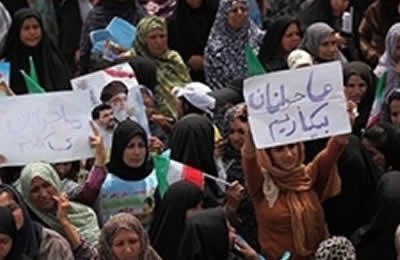 The state-run Mehr news agency wrote a report on women’s unemployment across Iran and wrote: “Unemployment is much worse for women compared to men.

During the past couple of decades despite their rising participation in education and efforts to enter the job market, women have faced more serious problems in their effort to find jobs. Statistics show that unemployment rate for women in Kohgilouyeh and Boyer Ahmad Province has reached 85.9%. This figure shows that nearly all women living in this area are affected by an alarming state of unemployment and virtually all of them face fundamental challenges in entering the job market… The gap between women’s unemployment (and employment) has reached the awesome 74.7%. (State-run Mehr news agency – January 5, 2015)