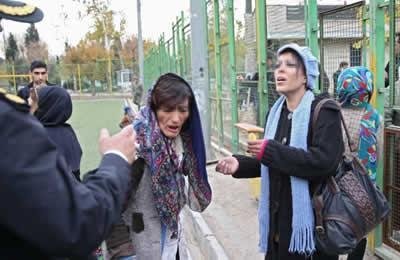 Iran: What is happening to female addicts and cardboard sleepers who were collected last week from Tehran streets and parks?

A large number of female addicts who slept in cardboard boxes in Tehran parks and streets were collected last week by the State Security Force and forcibly taken to a so-called rehabilitation center called Shafaq.

Wednesday, January 6, state-run news agencies in Iran quoted Tehran City Council officials as saying that “welfare services provided in this center are not acceptable by any standard” and that “there are numerous problems in this center.”

Clearly, when government officials complain about some situation, one can guess how bad and inhuman the situation really is.

Iran: Smoking age in women is below 13