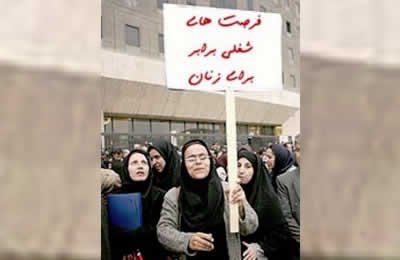 The state-run Tasnim news agency wrote in a report: According to a new report by Iran’s Employment Center on the job force in summer of 2015,

the highest unemployment among youths under 30 years of age has currently reached 48.7%, with women’s unemployment standing at 85.9%….