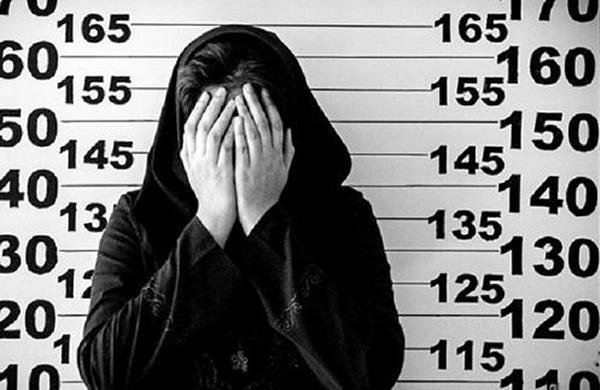 Published by the Guardian, Friday 8 January 2016

In Iran, girls are held criminally accountable by law from the age of nine, and can be sentenced to death by hanging for crimes such as murder,

drug trafficking and armed robbery. Sadegh Souri has photographed girls in the harsh conditions of juvenile detention – many of whom are marking time until they turn 18, when their executions will be carried out

Mahsa is 17. She fell in love with a boy and intended to marry him, but her father was against the marriage. One day she had an argument with her father, got angry, and killed him with a kitchen knife. Mahsa’s brothers are requesting the death penalty for her

Shaqayeq, 15, has been in prison for almost a year on the charge of armed robbery from a chain store in Tehran. She and her boyfriend entered the store, and when the police arrived, her boyfriend escaped but Shaqayeq was arrested. Her death sentence has been issued and she must reach 18 so the verdict can be carried out. Her grandmother came to visit her after a year

Sowgand is 16. When she was alone at home, police officers entered with a search warrant and found 250kg of opium, 30g of cocaine and 20g of heroin. The narcotics belonged to her father, but as only Sowgand was at home when the officers arrived, she was arrested and detained. It has been almost a year since she has been imprisoned. None of her family members have visited her

Women inmates can keep their newborns with them in prison until they are two years old. Zahra was married at age 14 and has two children. She is 17 now and is in jail for stealing mobile phones. She has been in prison for the same reason three times

Khatereh is 13. She ran away from home after her uncle raped her. One week later, a group of youths attacked her in a park in Tehran to gang-rape her. To save herself, she wounded her own arm with a knife she carried in her purse. The police officers found her unconscious on the ground, and after treatment, she was transferred to the juvenile delinquents correction centre

Nazanin is 16. She was arrested about six months ago for the possession of 621g of cocaine. The judge has not yet issued a verdict

Mahshid is 15 and has been charged with having an illegitimate relationship and carrying drugs. Her parents are in prison too for having and using drugs. Mahshid will be released in eight months after finishing her sentence