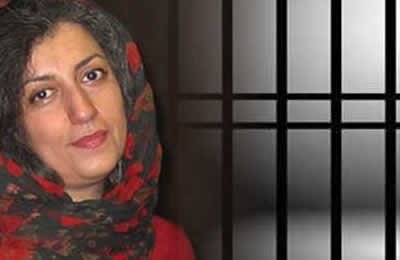 The court hearing for human rights activist Narges Mohammadi, scheduled to be held on January 9, was postponed for the third time.

Ms. Mohammadi was arrested at her home by security forces of the Judiciary and transferred to Evin Prison on May 5, 2015 without receiving any prior summoning. She is suffering from lung embolism and muscle paralysis.

This human rights activist was convicted to 11 years behind bars back in September 2010 for “assembly and collusion against national security, membership in the Center of Human Rights Advocates and propaganda against the Islamic Republic of Iran”. This ruling was reduced to six years behind bars in March 2012.