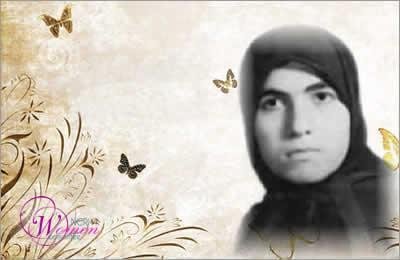 Date and place of martyrdom: 1982, Gorgan

Asieh was the Ebrahimpour family’s only daughter. Asieh was 6 months pregnant when she and her husband Abbas Rakhshani were attacked at midnight by the Iranian regime’s Revolutionary Guards, at their home.

Three of Asieh’s brothers were also slain by the Iranian regime. Her older brother, Abolfazl was killed by the Iranian Revolutionary Guards in the city of Qaem Shahr. Mohammad Mehdi, who was only 20, was executed by a firing squad in Gorgan. Ali Akbar was also arrested in Gorgan. He had just obtained his associates degree and was later executed by a firing squad in Gorgan’s Bouyeh Prison after enduring seven years of prison and torture.

Asieh’s father lost his life as a result of a heart attack after losing four of his children. He fell on the legs of his last and remaining child, who had been freed from prison only three days earlier.

Iran: Rebellious young women take off veil as a show of anti-government protest