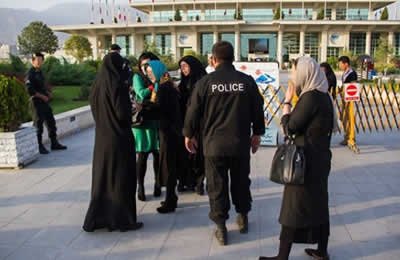 In a ridiculous poll conducted to prove that Iranian women like the mandatory dress code called the Chador, the official media in Iran have admitted that more than half of Iranian women do not like the Chador after 35 years

that the clerical regime has tried full force to impose it.

The state-run Tnews website affiliated with the official Fars news agency, cited the polling agency ISPA and wrote on January 13, 2016: “In a national survey it became clear that 45 percent of Iranian women wear the Chador.”

46.1 per cent of the women surveyed dislike the Chador and 49.1 per cent said they like to wear other things. It must be noted that the actual figures and views are much above what the official media reflect.

Ironically, 51 per cent of those questioned in this survey were men! So much for the free polls under the misogynous mullahs’ regime in Iran.