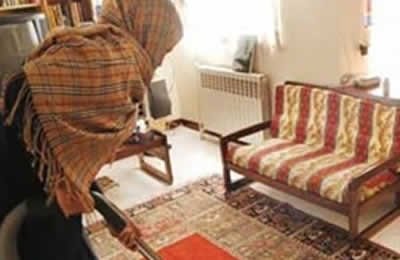 Insurance of housewives has been an ongoing discussion for some time in the circles dealing with the presidential directorate on women and family affairs.

This is important for the regime, because on the one hand, they need to put up a moderate face under Rouhani’s government pretending to be caring for women. On the other hand, the clerical regime in its entirety does not favor women’s large-scale social or economic participation and prefers to keep women in their homes taking care of their husbands and raising children.

Massoud Aliyari further revealed that even this small number of women who get social security insurance, are receiving only “18, 14 and 12 per cent of the amount they have requested for.”

It should be noted, this is the tip of the ice berg and the swollen figures officially published by the regime for a relatively small province.