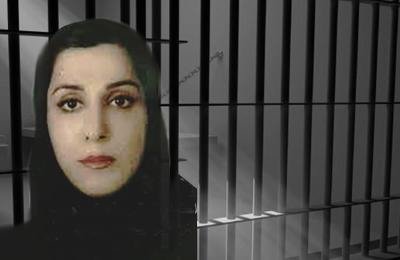 Iran: Nurse imprisoned for expression of her thoughts

Ms. Nargess Farhadi was summoned to Evin Prison on January 21, 2016, to serve her one-year prison sentence.

Ms. Farhadi had been arrested on October 8, 2014, along with 70 others for submitting a letter to the mullahs’ parliament demanding freedom of imprisoned teacher of mysticism, Mohammad Ali Taheri, who was on hunger strike at the time.

Ms. Farhadi went on hunger strike for eight days before she was released on bail. She was told during interrogation in the notorious 209 ward of Evin, to write a paper against her teacher but she refused. In a summary trial, she was sentenced to one year imprisonment and three lashes of the whip. Ms. Farhadi is an ICU nurse for heart surgery and worked at Rajaii Hospital but was expelled from her job on the orders of the court judge. This is while Iranian hospitals are badly short of doctors and nurses.

Ms. Farhadi’s case shows the absence of freedom of expression in Iran and how one has to pay dearly for expressing her ideas

Iran: Female prisoner threatens to go on hunger strike to counter sabotage of her case