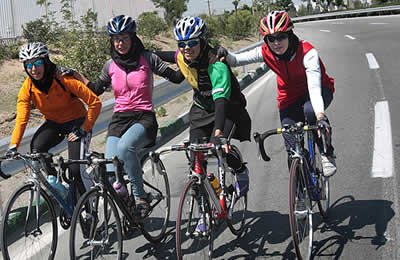 According to news from Mashhad, young women and girls have been deprived of bicycling in public. They can ride bicycles only inside areas that are surrounded by 3-meter-high walls.

Until a few months ago, women could ride their bicycles in the city of Mashhad. Many girls used the bicycle instead of public transportation to protect the environment. However, some new restrictions have been put in place according to which women are not allowed to ride bicycles in public places. Bicycles are not rented to women and some parks do not allow young women enter with bicycles.

Mashhad is the second largest city of Iran and is capital of the Razavi Khorassan Province, in northeastern Iran.

Iranian dissidents demonstrate against President Rouhani in Paris - The Guardian