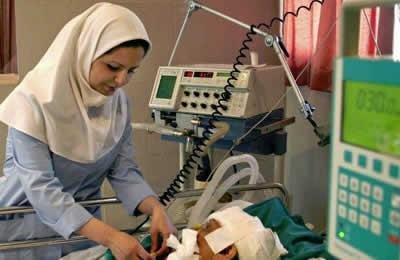 This was acknowledged by Ali Adabi, Head of the Iranian Nurses Organization, in an interview with the state-run ILNA news agency on January 23, 2016.

He admitted that there were 11,000 unemployed nurses in the country. Adabi also revealed that because of harsh work conditions and small pay, many nurses do not accept to work in the clinics and health centers and would rather work in other professions or stay unemployed.

Adabi also gave news of the lay-off of 100 nurses in Kerman and said a number of them were in charge of providing the expenses of some orphans.

Adabi pointed out that despite such a crisis in the employment of nurses, the Health Ministry has increased admission of nursing students by two to three folds. He expressed confidence that those graduating would join the army of unemployed nurses.

Iran: Women actively speak out against Rouhani's visit to Europe