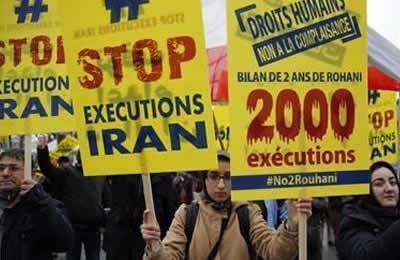 People protested the visit in front of France’s Foreign Ministry, some shouting ‘Rouhani dictator, down, down Rouhani.’ The demonstration was linked to the People’s Mujahedeen of Iran, the most vocal and best organized Iranian opposition group, which is based in France and plans a bigger demonstration Thursday.