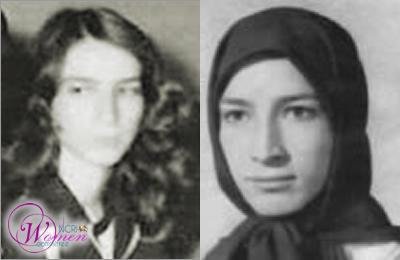 Shahla was a law student at Tehran University and a prominent member of Iranian women’s national table tennis team. She played for a table tennis team in Isfahan and for IRANA Club in Tehran

Shahla was executed in 1981 by a firing squad, because of her belief in people’s freedom and her commitment to the values of the People’s Mojahedin of Iran (PMOI). To break her, torturers tortured her infant in front of her eyes, but she remained steadfast and broke the morale of the executioners with her strength.

Although there are only a few pictures left of this Iranian heroine and sportswoman, Shahla and other martyrs will be remembered by the Iranian people on the day of their freedom.

With a band on the leg,

Flown towards the sun, with its little fragile wings

If you look at it once, it will smile at you

Look at it again and again

And you will start singing”