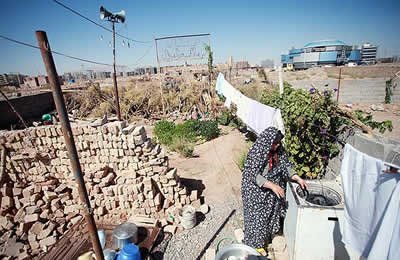 Most of the addicted women in Tehran are those who have migrated from other cities and live in suburbs, said Shahindokht Molaverdi, Rouhani’s deputy in women and family affairs.

“The causes of this migration and damages are equal for men and women; there is unequal development across the country,” she said. “This unequal development and migration also leads to a rise in the number of people living in the suburbs. We currently have more than 10 million people living in the suburbs across the country, and this is a dangerous sign,” Molaverdi added.

“Women are generally more vulnerable than men, let alone those who are living in the conditions of suburbs,” she continued. (State-run ILNA news agency – January 27, 2016)