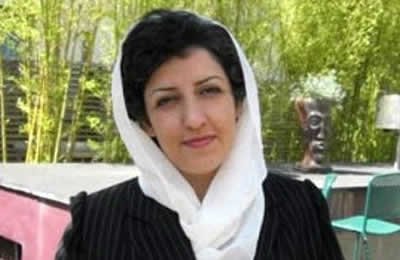 A new bail has been issued for political prisoner Nargess Mohammadi, vice president of the Human Rights League, in the wake of a new complaint filed against her by agents who took her to hospital.

The bail is 10 million toumans despite the fact that Tehran’s Deputy Prosecutor had declared that the agents’ treatment of Ms. Mohammadi, and putting handcuffs on her, was not proper and needs to be corrected.