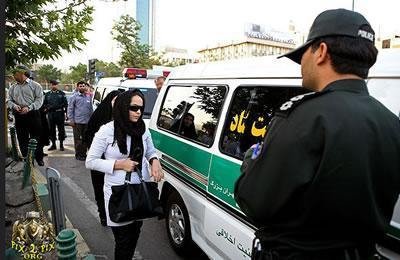 Vice patrols were seen controlling women’s clothing outside the building where Tehran’s film festival is held on the anniversary of the Iranian revolution beginning on Monday, February 1.

The Vice patrol is a part of the State Security Force and is tasked to impose the clerical regime’s dictated clothing regulations for women.