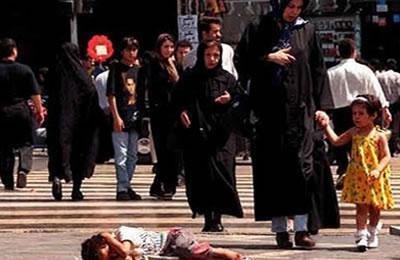 Reuters, Feb. 4 – Many Iranian women and young people are disillusioned about the upcoming elections, desperate for reform but losing hope in their pragmatic president and his promise of a freer society.

Rouhani won the presidency in 2013, bolstered by the support of many women and young people who were encouraged by his comments that Iranians deserved to live in free country and have the rights enjoyed by other people around the world.

“I am not going to make the same mistake twice. I have decided not to vote,” said Setareh, a university graduate in the northern city of Rasht. “I voted for Rouhani – was he able to improve my situation? No.”

Rouhani’s supporters hoped that his election victory would lead to social change in country where women have lesser rights than men in areas including inheritance, divorce and child custody and are subject to travel and dress restrictions, and strict Islamic law is enforced by a “morality police”.

But rights campaigners say there has been little, if any, moves to bring about greater political and cultural freedoms as the president has focused on striking the nuclear accord with world powers to end the international sanctions that have crippled Iran’s economy.

Iran rejects any allegations it is discriminating against women, saying it follows Sharia law.

This has been a particular grievance among those under 30, who represent more than two-thirds of the 78 million population and were born after the 1979 Islamic revolution that toppled the U.S.-backed Shah.

“I am not going to vote. What is the use of voting? My hopes are shattered,” said a 27-year-old engineer in Tehran, who refused to give his name.

Iranian women, who make up more than half of the population, are among the most highly educated in the Middle East; they have a literacy rate of over 80 percent and account for over 50 percent of university entrees.

But under Iranian law, men can divorce their spouses far more easily than women, while custody of children over seven automatically goes to the father.

Women have to get permission from their husbands to travel abroad. They are obliged to cover their hair and the shape of their bodies, their testimony as a legal witness is worth half that of a man, and daughters inherit half of what sons do.

“What will change if I vote?” said Miriam, 26, who could not win custody of her eight-year-old son after getting divorced in the central city of Isfahan. “Can reformist candidates give me equal rights?”